Menagerie of the Void is a storytelling game for one player.

You play as the keeper of an ancient menagerie, created by a long-gone society and still operating. You create the story as you play, writing down some details, deciding how to care for the exhibits, and drawing cards to see what happens next.

It takes an hour or two to play, using this booklet (28 pages), a bunch of index cards, and a deck of regular playing cards.

Note: This game could potentially feature bodily trauma, harm to animals, and some degree of mind control.

You are the pilot of humanity's 2nd faster-than-light ship, reaching into interstellar space, ready to explore the great, dark unknown.

But something has malfunctioned. The stars are wrong. Through the window you see an old dusty planet, from which a beam of light emerges to engulf your ship as an alien presence integrates with your systems. Your gut lurches as you lose and regain consciousness—now you stand in a hall of groaning, rusty engines, the dried corpse of an alien creature before you.

You feel a burst of pain as a metallic arm retreats from your head, leaving behind a cybernetic module in your brain. Through it, these old automated systems speak to you: “A new zookeeper has been acquired.”

This is the story of how you were compelled to try and eventually failed, as many have before you.

Menagerie of the Void is licensed under CC BY 4.0. Do what you want with it, just please tell me about it!

Main inspirations are the episode “Stewtopia” of Voyage to the Stars, Star Control 2 and Weird Worlds: Return to Infinite Space. If you are familiar with some indie games, this plays on similar vibes to those of The Wretched or Mothership, but you manage a sad zoo.

In order to download this game you must purchase it at or above the minimum price of $8 USD. You will get access to the following files:

Support this game at or above a special price point to receive something exclusive.

If you can't afford the game, for whatever reason, just get a copy here. It's distributed under CC BY 4.0, anyway!

For every copy bought (in the Kickstarter and afterward), I'm adding a Community Copy.

Any chance of scoring a physical copy of this anymore? 🤩

This game is wonderful.

I nurtured and lost wondrous beings, and finally gave into the despair and let go of control. My soundtrack was Clint Mansell film scores. My journal was several pages and I drew all the incoming exhibits/creatures.

What an unique 2 hour trip into the void.

Hi, i played my 1st game last weekend and it was very cool! 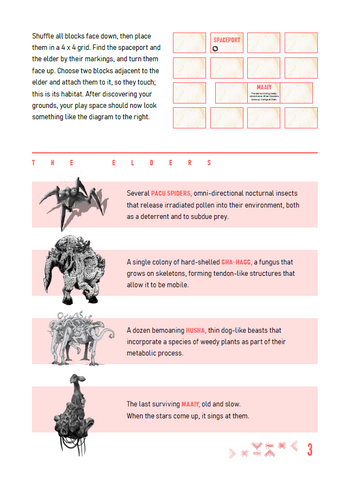 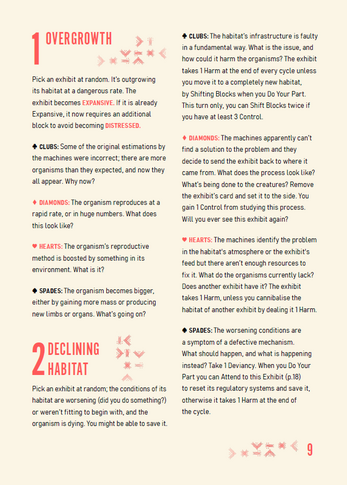 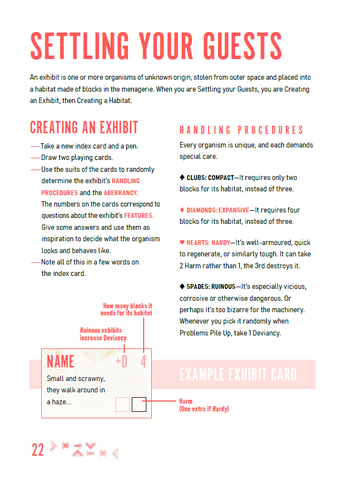